So many people across the nation are talking about the Super bowl. What a game! I have heard the news reporters talk about how this was not New England’s win but Seattle’s loss. However you feel about the game, there are still many lessons that can be learned to help us with our chiropractic clinic. END_OF_DOCUMENT_TOKEN_TO_BE_REPLACED 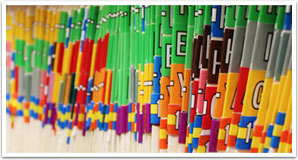 As I speak with Doctors all over the country I hear the same thing. Doctors that do not accept insurance assignment will tell me “I don’t have to document because I am a CASH practice.” I also hear I am still using paper charts or travel cards so I don’t have to document as if I was using Electronic Health Records. There are so many confusing variations of what MUST be document and what IS documented. END_OF_DOCUMENT_TOKEN_TO_BE_REPLACED 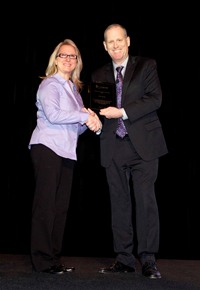 The Collection Coach proud to announce that Kelli Moore was presented with the Chiropractic Assistant (CA) of the Year award at the 2014 Parker Seminar in a Las Vegas, Nevada.

Each year, Parker Seminars awards a DC and CA who has made significant impacts to the chiropractic profession and the lives of their patients. Dr. Jenny Mejia was honored with the DC of the Year Award and Kelli Moore received the CA of the Year Award.

Kelli received this great honor largely due to her tireless work in helping chiropractors nation-wide too increase their collections through great, “bullet-proof” chiropractic documentation. Kelli Moore started as a chiropractic assistant many years ago but quickly learned the ways of the trade. In order to help her doctors get paid for their chiropractic services, she created an easy to follow, easy to use, paper documentation system. This paper documentation system is based on the bullet pointed guidelines published by the AMA (American Medical Association) and CMS (Center for Medicare / Medicaid Services). In using the AMA bullet-pointed format for documentation she was able to quickly increase collections for her chiropractor. The chiropractor was so happy with his tripled income, that he started telling his friends. When word got out that chiropractors could increase their collections by documenting correctly, she found herself giving seminars to teach large numbers of doctors at a time. Many of the chiropractors that she worked with report doubling, tripling and some even, quadrupling their income!

Around the year 2010, Kelli started looking at the EHR (Electronic Health Records). Sadly, there was nothing on the market that could come close to her bullet-pointed documentation system – and she looked at them all! After much searching and frustration, Kelli had a meeting with SilkOne EHR. It was pretty good, but it was no were near compliant. So she partnered with SilkOne and worked closely with the developers as the project manager and totally re-wrote the SilkOne EHR system! Now, chiropractors can use a compliant EHR that is fully certified for Meaningful Use. SilkOne now leads the industry in chiropractic documenting. SilkOne is S.M.A.R.T. Coded. That means that SilkOne leads the chiropractor through documenting the encounter by using the bullet-pointed AMA/CMS (Medicare) guidelines. Once the encounter is complete, SilkOne will automatically suggest the most appropriate CPT codes for billing. This is so important in this current age of insurance audits and HIPAA accountability. When chiropractors use SilkOne, they can rest assured that they are not leaving money on the table by under-coding and they are not over-coding and leaving themselves prey to insurance or Medicare audits! Way to go Kelli!

Our SMART Solutions offer the most comprehensive, evidence-based documentation systems for chiropractors. Whether you’re using electronic or paper records, we have a solution designed to suit your specific needs.

Watch the video below to learn more about The Collection Coach and our SMART software and SMART documentation.